In today’s world it seems that everyone wants to be a singer, rapper, producer etc, the list goes on and on, but it has not always been something that   has been achievable to the masses due to restriction such as finding a label that will sign you, and once finding a label, getting a contract that allows the artist to have the creative control they desire. However for a while now the music industry has started to evolve, making the once impossible very possible and its down to two key things, the uprising of the independent record label and the birth of web 2.0, it is now possible for everyone to musician or record label owner. 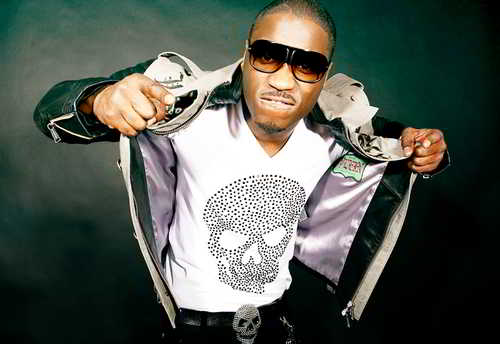 Now it is no longer necessary for aspiring musicians to even be signed to a label, be it and indie or a major. With the birth of web 2.0 it is possible for artist to be visible within their market with the use of online tools to map out some form of PR strategy. We are no longer restricted to hearing new artists via radio play and the record store’s new artist sections. In today’s society everybody is online with their own individual online presence enabling them to interact with the masses through the use of social media, which includes social networks, websites and Apps. This now means that as an artist you have an audience of maximum reach as there are no limits to your distribution.

A couple of UK artist we can see that heavily use online PR within the urban scene includes the likes of, Wiley, Skepta, JME, Lethal Bizzle and the list continues. These artists use social media including Twitter, Facebook and official websites to interact with fans and keep them up to date on new releases, tours, competitions, merchandise availability and also to show the world that they are human through normal interaction and conversation with their fan base.

Lethal Bizzle is a UK artist and entrepreneur who is a great example of how online PR should be used by all artists and record labels to give them more visibility with their market and to generate revenue. Bizzle 30, of Walthamstow, London has been on the urban scene since 2002 but managed to stay underground till 2004 when he released POW which entered the UK Singles Chart at number 11 in its first week on the chart in 2005, and which reached number one on the UK Dance Chart. However he disappeared from the commercial scene up until 2011 when he re-released POW (2011) and started using a host of social media to interact with his fans. Bizzle currently uses YouTube, Twitter, Facebook, his official website staydench.com and Stay Dench app as PR tools that help him promote his music, brand (Stay Dench), merchandise and last but not least communicate with his consumers. The use of such tools have allowed Bizzle to reach a market which spans further than those who listen to UK urban and dance music.

Online practices of PR allow for people who wouldn’t necessarily be a part of an artist primary audience to see what they are doing and what they are about, in many cases this often leads that individual to want to find out more about that artist which in time can leave them being a new fan/consumer. The Urban and EDM industry are ones that don’t always see many artists make it on commercial level but instead it sees their artists remain in the underground realm. This no longer has to be the case and this is because we now have access to online PR.

Online music PR is a service that Urban and EDM artists should exploit. As mentioned before the online PR allows musicians to reach a much bigger audience than if they were to just use traditional offline PR methods, which will often just target media that that particular artist’s primary audience interacts with. Online PR is what I like to call proactive, it enables you go out and get the artist music or product seen by whoever your audience may be, directly. Once you have high visibility online it will open artists to a whole host of opportunities that will benefit their carrier. Furthermore Online PR eliminates the waiting around that is normally involved in offline PR which involves sending press releases to journalist and bloggers that may or may not get back to you. Lastly online PR allows the artist or record label to have more control over what is being said about the artist and their work, it also allows you to still engage with the fans from a remote location. All in all online PR is the way forward it is mobile with an unlimited reach. Urban Dubz Music marketing services the UK & European online & offline media. Our sole aim is to offer cheap dance music pr and create dynamic press campaigns for our clients driven by results and an enthusiastic work ethic.