Hip-hop is one of the popular music forms which consist of four elements namely emceeing, deejaying, graffti, and break dancing. Now a day hip-hop is emerged as a most popular music form and a source of big business. So with the passing of time the elements of hip-hop are merged with different trends like trends of clothing, preferred styles of youth etc. 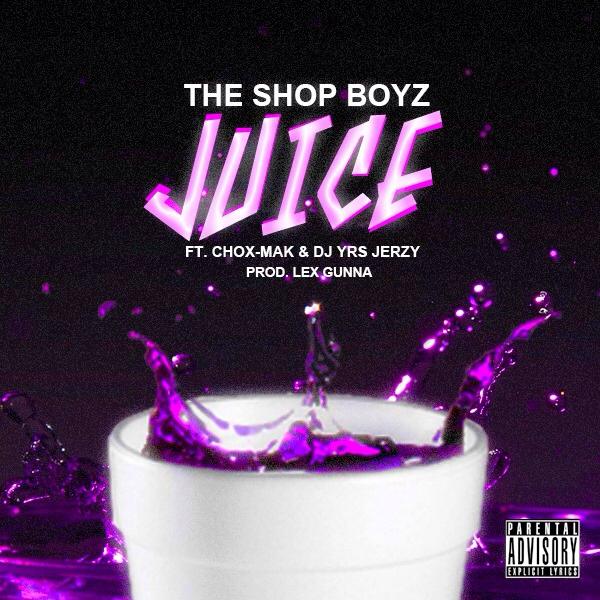 Creators of the 2007 hit "Party Like A Rock Star" The Shop Boyz have connected with the fastest rising up and comers DJ YRS Jerzy and Chox-Mak for a trap based single entitled "Juice".

Many artists now a days are taking the independent route to get their music out to the masses and are changing the music industry as we know it. This is also the case for up and comer DJ YRS Jerzy who has been making several moves in the independent market. He is apart of the indie label SKE Records and also decided to connect with Validity Recordings for a distribution deal. Validity Recordings is a new up and coming label that is also on the rise. With the company and DJ YRS Jerzy both working towards their goals with getting their brands out more there was no better plan then to just come together and take over the independent music scene. DJ YRS Jerzy is also the founder of his own management company titled "DYJ Management" which is doing quite well and starting to build traction.

August 15(New York, NY) -- Fresh off the release of his radio-friendly single "My Girl", Brooklyn rap wunderkind RRome gives his fans a vivid visual into his lifestyle with his new video to The Game inspired "All That" freestyle.

Filmed in RRome's Canarsie, hometown/stomping grounds, BK's latest emcee prodigy is accompanied by supermodel Coco Francesca, who has appeared in videos
of other well known artists such as 50 Cent and French Montana. With a PYT riding shotgun in his C-Class Benz, RRome shows that he has already embodied the life of a star and is just waiting his turn for a shot at the NYC throne.


RRome entered the Hip Hop chamber as "RRose RRome" with a scorching single and video "What's The Word", featuring Brooklyn rap bully Uncle Murda. The video was well received, with recognition from publications such as AllHipHop.com, TheSource.com, and KillerHipHop.com. RRome has been co-signed by some of Brooklyn's best including UM and Lil' Fame of the legendary duo M.O.P.

With a push from the world famous DJ Absolut, RRome is set to drop his debut mixtape "Take This Serious", which will be led by the Camp-LO driven "This Is It" freestyle set to drop before the end of the summer.
Twitter | Instagram: RRoseRRome
Read more »
RSS
﻿ Fight Spam! Click Here!