"Love Train" was a hit single by The O'Jays, written by Kenny Gamble and Leon Huff. Released in 1972, it reached number one on both the R&B Singles chart and the Hot 100, in February and March 1973 respectively, and was certified gold by the RIAA. It was The O'Jays' first and only number-one record on the U.S. pop chart. The song's lyrics of unity mention a number of countries, including England, Russia, China, Egypt and Israel, as well as the continent of Africa. Besides its release as a single, "Love Train" was the last song on The O'Jays' album "Back Stabbers". This was a breakthrough album for the group, reaching the top 10 of the Billboard Pop Albums chart and selling over 500,000 copies within a year of release. It has gained the reputation as a landmark album of early 1970s soul and has been cited by critics as "the pinnacle of Philly soul". In 2003, "Back Stabbers" was ranked number 318 on Rolling Stone magazine's list of the 500 greatest albums of all time. The O'Jays are an American R&B group from Canton, Ohio, formed in 1963 and originally consisting of Eddie Levert (born June 16, 1942), Walter Williams (born August 25, 1942), William Powell (January 20, 1942 -- May 26, 1977), Bobby Massey and Bill Isles. The O'Jays were inducted into the Vocal Group Hall of Fame in 2004, and The Rock and Roll Hall of Fame in 2005. The O'Jays had their first hit with "Lonely Drifter", in 1963. In spite of the record's success, the group was considering quitting the music industry until Gamble & Huff, a team of producers and songwriters, took an interest in the group. With Gamble & Huff, the O'Jays (now a trio after the departure of Isles and Massey) emerged at the forefront of Philadelphia soul with "Back Stabbers" (1972), and topped the Billboard Hot 100 the following year with "Love Train". This channel is dedicated to all the great 'old school' R&B music I grew up with, the stuff that originally made me tap my feet and want to be a DJ. Funk, soul, disco, R&B, dance, hip-hop, pop . . . 60s, 70s, 80s . . . whatever you call it, it's all 'Old School' and it's all here!

See my videos featuring the Roots of Rap at:
www.youtube.com/DJBuddyLoveRootsRap

If you like relaxing with some classic Cool Jazz, go to:
www.youtube.com/DJBuddyLoveCoolJazz

If you love jamming to some great Classic Rock, check out:
www.youtube.com/DJBuddyLoveClassicRR

If you like college football & other aspects of life at The Ohio State University, go to:
www.youtube.com/DJBuddyLoveBuckeyes

Check out my newer music videos and other fun stuff at:
www.youtube.com/DJBuddyLove3000

Check out my news videography stuff at:
www.youtube.com/VonReganDavis

Also, check out my youngest daughter (the world's youngest video producer) at:
www.youtube.com/DaddyzGirl3000 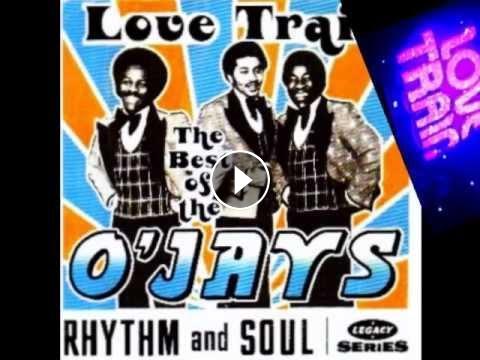 "Love Train" was a hit single by The O'Jays, written by Kenny Gamble and Leon Huff. Released in 1972, it reached number one on both the R&am...