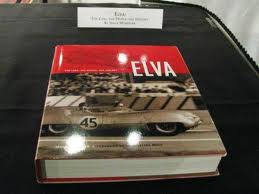 "Senna" ... the critically acclaimed documentary about the racing spirit and history of F1 driver Ayrton Senna just won the overall "Best Of The Year" Dean Batchelor Award - Excellence in Automotive Journalism for 2011!

Established by the Motor Press Guild in 1995, the Dean Batchelor Award recognizes excellence in automotive journalism as exemplified by the man it is named after – Dean Batchelor.

The Award singles out individuals demonstrating outstanding achievement in the profession of automotive journalism. Each year MPG presents the Dean Batchelor Award to the journalist judged to have produced the single piece of work which best represents the professional standards and excellence demanded by Dean Batchelor during his life as an editor, writer, and chronicler of the automotive industry.

Since I was a little girl, I danced everywhere I heard music. Dancing was and is still an important thing in my life! I had the chance to be part of some dancegroups where I made my experiences. I also had my first danceduo and some dance-courses at school where I invented some choreographies. It was a great feeling to see people dance my choreographies. But it was also a very exciting time when I was part of other dancegroups. I enjoyed it very much and I don’t regret any minute of it.

But now, I decided to create my own dancegroup.
And that was the beginning of "Dancegroup BLUE STARS"!

I hope you will enjoy our shows, because the greatest gift a dancer can have, is to see the crowd having fun during the show.

P.S.: I want to thank my husband, my family and my friends who always stood behind me during the planing and founding of my own dancegroup! 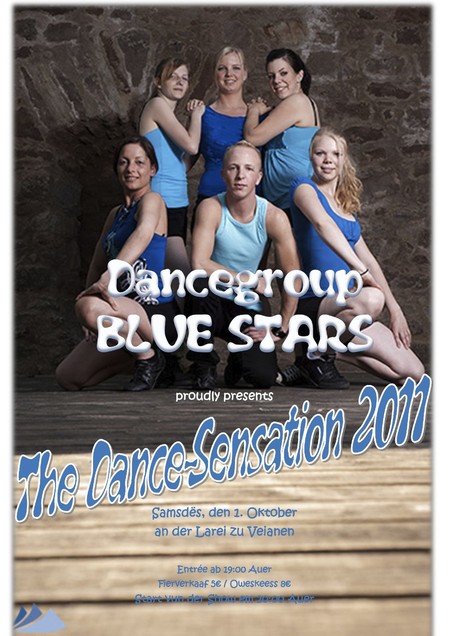 In Big Fan, comedian Patton Oswalt plays a huge New York Giants fan. The problem is, he doesn't exactly root for a team on Sunday in real life. So in his exclusive chat with PopEater, he summed up how he got into character: "Basically I had to draw on my geeky love for comics. It's the same spark, just different fuel."

Big Fan has been riding a wave of buzz since its Sundance Film Festival debut - even drawing implications of a Golden Globe or Oscar nod. "I honestly don't know what to do when you're nominated. I'm assuming they send a car for you, and you go to some parties.

"I'd be really happy if the movie got nominated... It would be good to see that happen knowing how hard Robert [Siegel] worked on this film."

But playing a New York Giants fanatic isn't the only thing Patton is up to. "I just signed on as a regular to 'Caprica,' which is a prequel to 'Battlestar Galactica.' I'm also a regular on 'United States of Tara' and have a pretty good role in 'The Informant,' a movie Steven Soderbergh directed. In the meantime, I'll be finishing up my book, and hopefully it will come out next spring... I don't know what it is going to be about yet. It's all random essays, but I might tie it into a narrative. I haven't decided yet. We'll have to wait and see."

For the entire interview, including Patton's preference between Big Fan and Ratatouille, head on over to PopEater!