Prince Alla - a true legend of roots reggae music. Alla, also known as 'The Gentle Giant', sings and chants here over Mista Savona's "A Living Riddim" in one of his finest vocal performances on record. With backing vocal support from another Jamaican great, Errol Dunkley, Alla chants and wails as he sings of redemption, repatriation and his love and concern for the natural world. Filmed and edited by Nathan Wood in stunning Byron Bay, New South Wales, while Prince Alla was touring Australia with Mista Savona in 2012. A beautiful song and video.

Jake Savona, aka Mista Savona, is arguably Australia's leading exponent of roots reggae and dancehall music. In 2011 he released his groundbreaking fourth studio album "Warn The Nation" - which saw him working alongside internationally renowned artists such as Capleton, Sizzla, Horace Andy (Massive Attack), Anthony B, Alton Ellis, Burro Banton and many more. JJJ called it "Australia's definitive reggae album" and the Sydney Morning Herald defined it as "fantastic...the most incredible reggae album".

Savona's previous studio album release, the pioneering "Melbourne Meets Kingston" (2007), is a 21 track tour de force - the first ever album length collaboration between Jamaican and Australian musicians. Featuring reggae luminaries such as Anthony B, Big Youth, Determine, Lisa Dainjah and many more, "Melbourne Meets Kingston" has been described as "a landmark for Australian music".

We are committed to making the highest quality music possible, and spreading top notch Australian music around the planet. So if you're really into supporting us and want to hear more of our music - visit the websites below!

We are the children of the Truth,
In this time we must bring forth our fruits.
Bright as the sun that shines,
I go on my knees and Jah I pray.

(Chants) Oh Lord I pray, pray for your forgiveness, and your Mercy. Whoa forever!

(Chants)
Throne of the King, shouting Jah name,
Over the plains.
Oh Lord, once again
I and I and I, praise His name, forever and ever, yeh..." 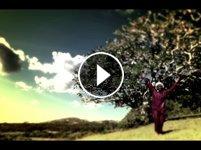