Now in its 12th triumphant year, the Blues Caravan is a touring showcase for the hottest young acts on the Ruf label. With past treks helping launch stars including Joanne Shaw Taylor, Laurence Jones and Samantha Fish, it’s a springboard for the blues scene’s next-big-things, and a magnet for fans who want to catch them before lift-off. In 2016, we’ve got a Blues Caravan lineup sure to raise the roof each night as it rolls across the USA and Europe. The Blue Sisters are doing it for themselves…

Layla Zoe is ready to explode. Like her early influences – from Bob Dylan to Muddy Waters – the Canadian bandleader is a fearless writer, earning victory in 2006’s auspicious Blues Compo songwriting competition, and critical acclaim for albums including 2013’s The Lily. For the Blues Caravan 2016, Layla will be drawing on the best of her catalogue, previewing this year’s new release, and leaving it all on the stage. “With live performances,” she explains, “I believe that the more raw and uncensored I am, the more I can connect with my listeners.”

When Ina Forsman steps up the mic, you’ll believe every word. The Finnish vocalist hit the radar aged 17 with a show-stopping rendition of Etta James’s “All I Could Do Was Cry” on a TV talent show. Since then, she’s achieved international recognition, guesting with blues heavyweights Helge Tallqvist and Guy Verlinde on the road, touring mainland Europe and proving her own songwriting chops with her self-penned and fiercely personal material. When Ina hits the stage, all bets are off. “I rarely plan anything,” she says, “so what happens on the stage, just happens.”

Tasha Taylor has the blues in her blood. The youngest daughter of R&B trailblazer and Stax icon Johnnie Taylor, she inherited his musical talent, but walked her own path, studying drama at Boston University before lighting up hit TV shows including Ugly Betty and House. The pull of music proved too strong, however, and having composed soundtracks for shows like Men In Trees and Lipstick Jungle, Tasha broke through with Taylormade: the album whose self-penned, sharply observed material pinballed from early soul single “Queen” to the redemptive gospel of “I Got Love”. She’ll start the Blues Caravan as a hot tip – and end it as a world-class contender. 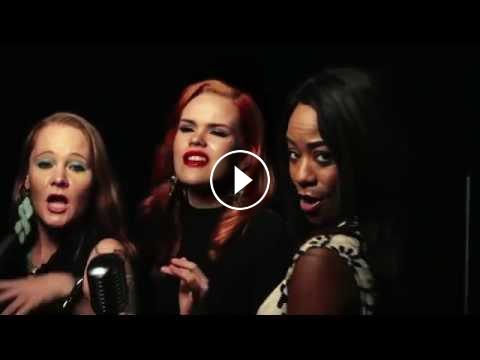